What's On:
Show: Anne and Lynsey aren’t themselves

A showcase of funny, delightful, quirky characters from a crew of London comics. 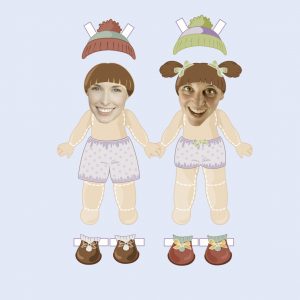 Anne and Lynsey aren’t themselves’ is a super-sized party platter of the tip top comedians trying out brand new characters and familiar friends. It’ll be like a party but you won’t have to make any small talk, we’ll do all of that.

Lynsey Bonell wants you to know she’s totally over the 2011 break-up of her sketch group Panda Smackdown.

This month they bring you:

Lola-Rose Maxwell (BBC Radio 4, Dawson Bros): The voice of numerous characters on BBC Radio 4’s ‘The Adventures of Mr Brown’, SOAP podcast ‘The Dawson Bro’s Sketch Comedy’ and countless children’s audiobooks, Lola-Rose is a prolific performer. She appears corporeally as an improviser with ‘London super-group’ (TimeOut) The Petting Zoo and is a house performer at The FA. After almost a year’s hiatus from solo work, Lola-Rose is back with a new take on character comedy that will make you question who she really is.

Verona Rose (BBC 1, Channel 4): Actress and rising comedic star Verona has been seen as Alexandria in BBC Doctors and Hairdresser Vee in Eastenders. She is the co-creator/-star of the All 4 show ‘Girls Go Trolling’, and before she started acting she was a rapper, appearing as a finalist on BBC 1’s Urban flava and winning the Homegrown cuts on BBC Radio 1Xtra.

It’ll be a night of firsts, fun and foot tapping*

*dancing, there will be dancing